We are ending our cross-country look at Canadian buttons in the capital of the nation! 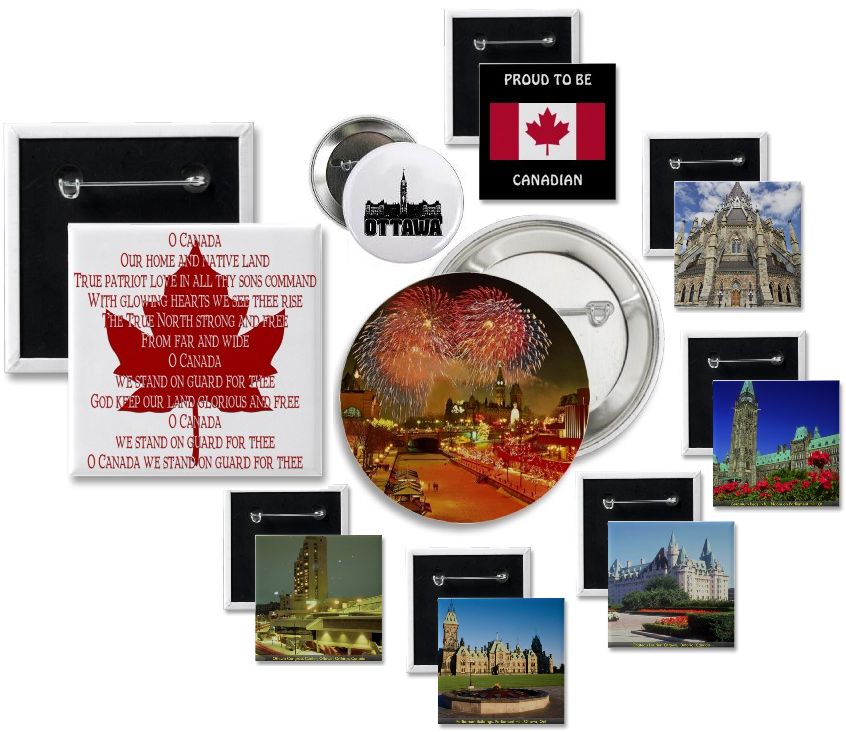 Show your Canadian spirit with some pin-back buttons. These pinback buttons are a great way to be patriotic every day!

I really like the photo buttons of various Ottawa landmarks, and the square buttons have a nice look to them.

Do you want to show your Canadian pride by making some custom buttons? You can purchase a button maker from Canadian Button Makers, a 100% Canadian company!

This is only part of an amazing showcase of Canadian history. You can see The Mosaika Sound and Light Show this summer (July 10th to September 7th) on Parliament Hill.

Check out Canadian Button Makers for your Canadian button making needs. We have button makers for making your own custom buttons! 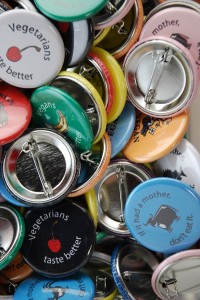 Vegetarian pinback buttons. These pin-back buttons were made by Canadian Button Makers.

Canadian Button Makers took some quotable quotes and made buttons out of them! 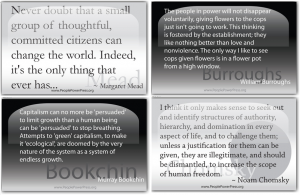 Never doubt that a small group of thoughtful, committed citizens can change the world. Indeed, it’s the only thing that ever has. – Margret Mead

The people in power will not disappear voluntarily, giving flowers to the cops just isn’t going to work. This thinking is fostered by the establishment; they like nothing better than love and nonviolence. The only way I like to see cops given flowers is in a flower pot from a high window. – William S Burroughs

Capitalism can no more be ‘persuaded’ to limit growth than a human being can be ‘persuaded’ to stop breathing. Attempts to ‘green’ capitalism, to make it ‘ecological’ are doomed by the very nature of the system as a system of endless growth. – Murray Bookchin

I think it only makes sense to seek out and identify structures of authority, hierarchy, and domination in every aspect of life, and to challenge them; unless a justification for them can be given, they are illegitimate, and should be dismantled, to increase the scope of human freedom. – Noam Chomsky 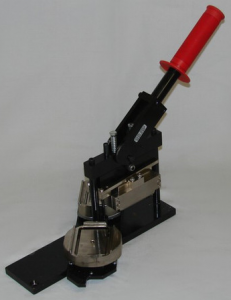 This rectangle button machine is a fast way to make pin-back buttons. Pinback buttons come in lots of other interesting shapes!

Want to put your own favourite quote on a button? Canadian Button Makers has lots of different shaped button makers. You can make your own custom buttons! Purchase a rectangle button maker here 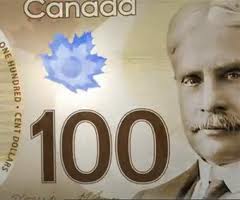 A button maker is a license to print money!